Why You Should Delete Coinbase 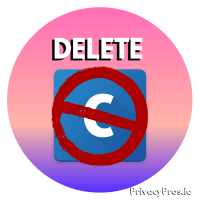 Plus more... Read on to learn everything you need to know about why you should Delete Coinbase.

Over the years, bitcoiners have fallen out of love with Coinbase. And their reasons to delete their accounts are both practical and ideological.

Throughout this article, the two dimensions will receive clear and well-cited explanations. And by the time you finish reading, you should start the deletion process.

QUICK TIP: The best place to store coins after you buy is not on an exchange. You need to buy a hardware wallet like a Ledger or Trezor to store them yourself.

First of all, the exchange aims to be a financial panopticon. Yes, Coinbase is pretty safe and has a good record as a custodian. But it’s also responsible for hiring former Hacking Team employees for blockchain analysis. In practice, this means that Coinbase is an enemy of Bitcoin’s privacy and fungibility.

When a transaction gets sent to someone’s Coinbase wallet, the origin gets analyzed. And when somebody withdraws coins from Coinbase, the surveillance system still tracks them. The exchange wants to know everything about the cryptocurrencies whose sale they intermediate.

And this is dangerous because Coinbase is able to censor certain addresses. They can tell their customers where they can’t send coins, so those who rely on their services are never free.

Now imagine the same scenario with your bank. Would you keep on using their services if they restricted your economic freedom? What you do with your hard-earned money is none of their business. And they can’t trace the money you send and receive like Coinbase does because fiat is more fungible. When you make a cash deposit, they don’t always have to know where the money comes from. And when you withdraw it, you can do anything with it.

With Coinbase it’s a lot more delicate, as they’re dealing with open-ledger assets. Every Bitcoin transaction gets recorded on the public blockchain. This gives them a lot of power as a custodian. And while other exchanges have chosen to be more reasonable, Coinbase is draconian.

Then there’s the argument of fees: Coinbase has some of the highest fees in the space. Kraken (which has an equally-immaculate record) charges a lot less. Likewise, Coinmama’s fees will help you buy more coins with the same budget. And if you want the lowest fees, you should pick Binance (though their security record is not as great).

Pretty much every exchange charges lower fees than Coinbase. And no other exchange has been so scrutinized for attacking Bitcoin. These are two practical reasons why you should delete your Coinbase account. There are plenty of better alternatives.

Coinbase has made its first billion dollars only by selling bitcoins. But somewhere along the way, it became political and tried undermine Bitcoin’s decentralization. As early as 2015, CEO Brian Armstrong has pushed for the adoption of big block hard forks.

At first, Armstrong praised BIP 101 and Bitcoin XT. During the scaling debate, he also showed support for Classic and Unlimited. And in 2017, Coinbase was one of the last companies to drop support for SegWit2X.

Coinbase has supported every major hard fork initiative. If any of them succeeded, the company would have gained more control over the Bitcoin network. Being a top backer of a project with clear leaders would have given them an edge. It’s against the principles of Bitcoin, but seemingly-ideal to make more fiat.

In contrast, Coinbase didn’t consider supporting the SegWit soft fork until mid-December 2017. Then they added it half a year after the UASF movement started. Coinbase didn’t lead by example, but follow the market pressure.

And Coinbase never gave up on the idea of big block Bitcoin. The exchange added Bitcoin Cash in December 2017 and started a storm. The transactions that took place have raised suspicions of insider trading.

After the listing has taken BCH to its all time high, a massive dump followed. CEO Brian Armstrong has promised to conduct an investigation on the matter. Yet almost three years later, we still don’t know what happened. This says a lot about Coinbase’s integrity and fairness in relation to regular users. It also speaks volumes about their lack of support for the values of Bitcoin.

Speaking of supporting values, Coinbase’s Ventures program doesn’t finance any Bitcoin development projects. There are plenty of Ethereum and altcoin projects that get funded, but that’s about it. For a company that has sold only BTC in its first five years of existence, this should be shameful.

Coinbase has become a behemoth in the space by selling bitcoins. Yet somewhere along the way, it became more distant and contentious.

The exchange’s focus on accepting regulations is also concerning. Instead of pushing for protecting Bitcoin against governmental agencies, they embraced all regulations. Lots of businesses in the space have decided not to comply with BitLicense in New York. Yet Coinbase has embraced this Orwellian and anti-Bitcoin legislative framework.

This is an act of betrayal. It’s as if a car dealerships from the 1900s agreed that automobiles need to the regulations of horses. Though they are different in their nature, some businesses seem to capitulate faster.

Coinbase could have tried to convince legislators that Bitcoin deserves better regulations. They could boycott the more draconian ones and only do business in friendly states. Instead, they try to sell blockchain analysis data to the IRS and the DEA.

And then you see CEO Brian Armstrong recommend shitcoins to a fake JK Rowling account. These small actions only confirm Coinbase’s ideological departure. They aren’t concerned about sound money or decentralization. Now it’s all about Uncle Sam Coins.

These arguments only scratch the surface. There is a ton of evidence that Coinbase is morally bankrupt and unwilling to improve. Right now, the exchange is an enemy of Bitcoin that signed the declaration of war but wouldn’t admit it.

How to Delete Coinbase and Be Your Own Bank

In theory, deleting your Coinbase account is very simple. In your user settings, you go to the “Account Activity” menu. From here, you scroll down until you see a red button that reads “Close Account”. Coinbase will ask you to input your password one last time to confirm, and then you’re finally free. You can find all the steps involved in this video guide.

But in practice, Coinbase uses a minor hurdle against you. If you have any dust (small coin amounts that you can’t transfer due to high fees), you can’t proceed. So let’s say that the network fee for a BTC transaction is 0.0000013 BTC (130 sats). If you only have 0.0000009 BTC (90 sats), you won’t be able to trade it or delete your Coinbase account.

There are two solutions to this obsticle. The first is to deposit more BTC to Coinbase, then sweep the funds with a proper fee and leave nothing. This method will get you all of your funds, but will affect yet another UTXO of yours that gets exposed to blockchain analysis. But in the long run, the initiative is worth it. The second option is to email coinbase support and ask for them to remove the dust from your account so that you can close it. Although this means giving Coinbase extra Satoshis, it also is a lot less hassel.

After you delete your Coinbase account, embrace full financial sovereignty. Buy a Billfodl bundle with a hardware wallet and enjoy all the benefits of being your own bank. We also have a complete guide which explains how to transfer coins from Coinbase to your new Trezor.

And if you want more privacy for your coins, you should consider CoinJoins. Here’s our thorough step-by-step guide that will help you mix your bitcoins with Wasabi.

If you want to purchase from an exchange that values your privacy and doesn’t have nearly the KYC that coinbase does, we recommend Coinmama.

So if you’re still on Coinbase, please consider deleting your account. It may be convenient to keep it, but on the long run it’s the best decision. The best way to phase out bad actors on a free market is to stop doing business with them. And Coinbase can’t keep on thriving without your money.

Now that you have all the knowledge and resources, go ahead and #DeleteCoinbase.

How do I permanently delete my Coinbase accout?

This is tougher than you think. Coinbase makes you have a zero balance prior to closing. If you have any ‘dust’ left in an account, you will need to contact support to have them remove it. After that, go to the bottom of the ‘activity page’ and click ‘close account’.

Why should I delete my coinbase accout?

Coinbase has demonstrated many times that it only cares about it’s own profit and not about the larger Bitcoin ecosystem. CEO Brian Armstrong hardly ever mentions Bitcoin despite having made his fortune around and off of it. He is constantly shilling Altcoins, even to fake Twitter accounts.

About the Author:
Vlad Costea

Vlad is a freelance Bitcoin writer and also the host of the Bitcoin Takeover Podcast. Follow him on twitter. 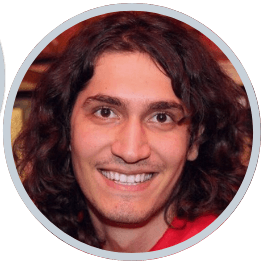