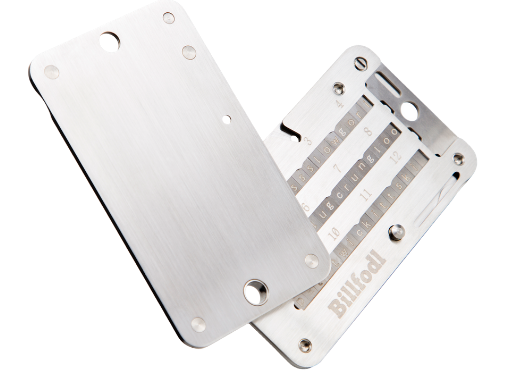 A SCIENTIFIC CASE STUDY - by JimJones1913

Disclaimer: The following is a repost of this twitter thread by JimJones1913, reposted with permission. He was not paid to perform these tests or to tweet his findings. He was, however, given a Billfodl free of charge with the express purpose of scientifically testing its heat resistant properties in extreme conditions.

TL;DR: “The Billfodl survived amazingly well….Tile rails did not become warped and no tiles were out of place as a result of testing….NO DATA loss and great readability!”

I reached out to Billfodl Wallet and offered to see how their seed storage device stands up to a 20 pallet wood fire, then again when the same Billfodl was subject to a 600 gallon liquid pool fire (Fuel: Jet A-1).

After passing the wood fire test with temperatures swings from 1100-1300+F that are similar temperatures of a typical home fire, it was time to up the ante with an over the top test that should somewhat replicate the temperatures of well… hell!

Below are some pictures that document the equipment, set up process, and (my favorite) the results.

Testing took place at a Department of Defense test site.

Below is the data acquisition system that recorded temperatures, over pressures (from explosive articles inside drums) and heat flux.

When I first pulled the Billfodl out of the burn pan, I was worried because it wouldn’t open.

However, I knocked it a few times on the metal grate, and after a few light taps, I was able to open it.

At first, it appeared like there was some potential data loss/readability issues on some of the tiles towards the opening of the Billfodl where the tiles are inserted.

In an attempt to see if greater readability could be achieved, I processed the the Billfodl in a consumer grade ultrasonic cleaner with a gun parts solvent solution heated to 140F for two 30 minute cycles .

This actually seemed to reduce the readability of the tiles.

I still believe funds could have been recovered from the seed, but I wanted to see if anything could be done on 3-5 letter tiles, so I scrubbed it down with a Brillo steel wool soap pad and a Scotch Brite Pad.

After about 20-30 minutes of scrubbing the results speak for themselves. NO DATA loss and great readability! Look at all those shinny letters!

All in all, the Billfodl survived amazingly well considering that it was subject to two large scale fires. Tile rails did not become warped and no tiles were out of place as a result of testing.