Bitcoinpaperwallet.com | Is it a Scam? Case Study 2022 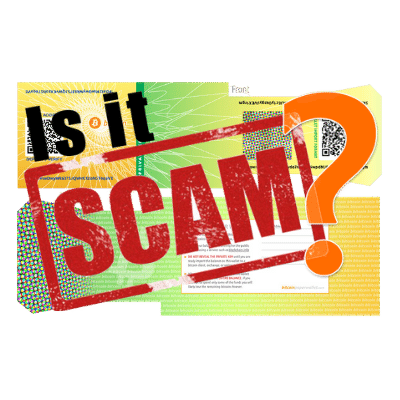 Plus more... Read on to learn everything you need to know about the BitcoinPaperWallet[.]com scam.

How We Do SEO

As part of our regular work here at privacypros, one thing at top of mind for us is google rankings.

That is, we want our pages to rank as highly as possible to increase clicks and, hopefully, increase sales.

Part of great rankings is earning or building high quality backlinks to our pages.

One strategy we use to increase the backlinks going to our website is to buy existing websites and redirect them to our own pages.

Two examples of this practice were our acquisition of bitbonkers.com and bitcoinfees.info.

We don’t make much (if anything) off of these pages, but they do tend to boost rankings of our other pages, and that’s why we want them.

Too Good to Be True?

We find the websites we want to buy through a multitude of methods. Sometimes we use tools like ahrefs.com. Sometimes we stumble upon the sites ourselves. Sometimes friends know the owners.

In the case of bitcoinpaperwallet.com, we were looking specifically for a paper wallet generating tool as a companion for our page on paper wallets.

This site had amazing metrics.

For instance, its backlink profile was insane. Lots of high quality relevant backlinks we want going to our site, such as coindesk, cointelegraph, bitcoin.com, and other major news network links like nypost and digital trends.

But most important of all (and most dangerously we would come to find out), it ranks #1 for our target keyword of “Bitcoin Paper Wallet”.

And, as it turns out, we had purchased a bootable linux installer from the site in 2017, so we assumed that surely they were a legit operation.

This was enough for us to try and reach out to the owner of the site and make an offer.

After doing some sleuthing, the site appeared to belong to someone named Canton Becker who still maintains the github repository that the website ostensibly still references.

However, a note on the READ ME claimed that Canton had sold the website in 2018 and to direct any inquiries to the new owner’s email address.

We tried to reach out to the new owner at orders@paperwalletshop.com, but with no answer.

So we reached out to Canton directly, hoping he might have an alternate way to contact him or her.

And after a little back and forth, he told us that he had received several emails over the years from individuals who claimed to have lost funds using the site.

These were bold claims. Especially given how fraught paper wallets can be in terms of user error.

Were incompetent users just generating their paper wallets haphazardly and blaming the site when they inevitably lost their coins? Or…was the new owner maliciously using the site to funnel bitcoin into his own pocket (and ethereum and litecoin via paper wallet sites that were also sold by Canton to the new owner)?

At this point, we were no longer interested in the site - we didn’t want the liability.

But we did want to know if we could prove the claims about bitcoinpaperwallet.com and hopefully use our site authority to warn others.

So that’s what we set out to do…

The first thing we needed to do was get in touch with these alleged victims.

Canton gave these individuals our email address, and one named Kunal reached out to us, with a BCC of several others as well.

We informed kunal that we indeed intended to get to the bottom of this, but we had no desire to dox anyone until we had very solid proof that scamming had occurred.

After all, Canton had warned us that perhaps he had made some mistake coding the entropy generation process and someone unrelated to the new owner had exploited it.

For now, we needed as many drained addresses as we could get our hands on.

Kunal delivered, as he had spoken with many other victims and had collected addresses from them.

The addresses he gave us are as follows:

From here, we passed them off to a friend who works in blockchain forensics, Tony Sanak.

Tony then referred us to his colleague at Blockchain Intelligence Group who was able to utilize their QLUE tool to analyze the transactions. We briefed BIG’s forensic investigation team on what we were up to and asked if they could help us out.

And boy, did they!

After a few days, they got back to us.

I’ll let them speak in their own words:

We’ve traced out some of the addresses. Here is a graph on B’s (name redacted) address. It's definitely interesting, the funds go from [that] address through several others (that each only have 1 received transaction and 1 spent) and a portion of the funds end up at Binance and the remaining funds are sitting in unspent addresses

They also provided this graphic:

Already knowing the answer, I asked them if there was any way this was incompetence.

I would be shocked if [this] was incompetence. It looks like [the funds were] purposely routed through those specific addresses, and the funds essentially get split up and go in two different directions only to end up back at the same Binance address.

In the case of B, there were two depositing transactions - both into Binance.

“We’ve mapped out Kunal's address and again it seems quite similar to B’s. Essentially [the thieves] funnel the funds through multiple addresses with only 2 transactions re-routing a portion of the funds back to Binance and a portion to Poloniex….The time stamps are also a good indication as most of the transactions happen within about a 2 hour time-frame, again similar to B’s case….I don't think we need to dig into the other addresses. I think it's quite clear [what is going on here].”

In the case of Kunal, there were two depositing transactions as well.

We are still doing a code review of the live site vs the code on Github and that at Bitaddress.

Previous code reviews of bitcoinpaperwallet[.]com in the past have revealed exploits before (as shown in the video below courtesy of mycrypto.com wallet team).

In this example, the code appears to create an image of the paper wallet (which include the public and private keys) and then uploads a copy of it somewhere else - presumably to a drive folder that the owner of website controls.

This is a great thread explaining their research from 2020.

However, this method of draining wallets appears to no longer be in use, as there appears to be no more ‘imgloaded’ function any longer.

We checked this by going offline, then tried to generate an address on

Then in the browser devtools network tab, we checked for any failed xhr or fetch requests, but could find none.

This would indicate that wallets are being drained using a different method now than they were in may of 2020, when mycrypto made this video.

Others online theorized that perhaps the website was generating duplicate addresses, however we generated over 10,000 ourselves and found no duplicates.

We are still researching if the duplicate generation is just a backup for the xhr request.

Save the HTML generator to computer

This will open the HTML page source code in a new tab.

From here, we can either select everything and paste it in a new HTML file, or right click on the page and Save as, which will prompt us to save the page content as an .html file.

Find the long set of “testing keys” represented by “eckey_test=[{…}];” and replace it with just a single keypair

After opening the file with a code or text editor, we’ll need to search for the “eckey_test” array.

Load up the generator. It will generate the exact same (predictable) wallet over and over

We opened the file locally in a browser:

Each time a new wallet was generated, it returned the exact same predictable result.

Generating a new wallet by hitting the “Skip” button:

Generating a new wallet by moving the mouse and typing random keystrokes into the box:

The exact same wallet was generated over and over.

Code comparison of the live site vs the code on Github

We wanted to further compare the code, so we unminified the javascript found on bitcoinpaperwallet[.]com Generate Wallet page.

For this, we copied everything between the script tags that contained “eckey_test”, and pasted it into a javascript unminifier to ge a more user friendly result.

The order of the code is a bit different, but there is no “eckey_test” or “eckey_test” logic in the GitHub source.

When going to the live bitcoinpaperwallet[.]com website, each time the page is loaded, another set of 60 key-value pairs is added in the “eckey_test” array.

We can see that by opening the browsers DevTools, and entering the array name:

Using a short code snipped we got the decoded so called “test” keys, and printed each key and it’s decoded counterpart to the console:

The wallet generation logic just increases the index of the “eckey_test” array by 1 each time a new wallet is generated, until it goes through all items in the array. Only after 60 wallets we’re generated, we got one that was not in the array.

Of course, we wanted to let the receiving exchanges know about the stolen coins on the platform so they could help in identifying the thief and hopefully assist law enforcement in bringing them to justice.

I sent more or less the same email to Binance.

Polo got back to me the same day saying they would look into the depositing transaction and see what they could come up with.

Binance was basically the same.

Understandably, in both cases, we were told that since these accounts do not belong to us, they would not share updates with us regarding the progress on the case. They did tell us that they would cooperate with any law enforcement agencies regarding the matter and that the victims should file a police report.

Our victims have since filed police reports in their various jurisdictions, but it is unlikely that the police will act on this information.

This investigation is ongoing and will be updated as we continue our research. We do not yet know for certain whether or not the site owner is himself reponsible for these wallet sweeps or if some third party has found an exploit in the site source code.

Given how many times the site owner has been informed of the issue and his refusal to fix it certainly indicates he may be responsible for the stolen funds.

In short, under no circumstance should anyone be using wallets generated on bitcoinpaperwallet[.]com to store any amount of their Bitcoin. Whether by negligence or maliciousness, the site is not reliable and the evidence on this page should be enough to prove it.